For a lot of people nowadays, becoming a Twitch streamer is a dream job and one that is becoming more and more attainable.

If you enjoy playing video games, there’s a high chance that there will be people out there who also enjoy the same game and would happily watch your style of play. But how do you actually become a Twitch streamer when there are already so many out there? Well obtaining a Twitch account and completing the initial set-up really isn’t that hard to do, as long as you have a stable internet connection, broadcasting software and some simple equipment, you’ll be set up in no time. You can add custom emotes and stock music for Twitch a little later on when you’re more comfortable with your streaming schedule and have a consistent audience.

The difficult part comes in when you’re trying to build up your channel into one that people tune into every single day. Without a solid strategy, you’ll likely not be able to turn your hobby into your job, however, if you follow our guide below, you’ll have everything you need to know about how to become a Twitch streamer successfully

How does Twitch streaming work?

Twitch streaming works by gamers, musicians or other content creators creating live video for audiences to watch and engage with. Like many other social media platforms, Twitch is a place that brings similar people together through live streams of various types of content.

Originally Twitch was primarily focused on individuals playing video games for their audiences but now the platform has expanded to include variety streamers, ‘just chatting’ streamers or even ASMR streamers. It works similarly to how you tune into a YouTube channel to watch your favourite creators’ videos. As an audience member on Twitch, you tune into the creator’s Twitch channel whenever they are live.

As the live stream goes on, Twitch audiences can respond in real-time through comments and emotes. Or, they can pay various types of subscriptions for on-screen and chat perks, allowing them to more closely interact with live streamers.

How to get started on Twitch

Before you go out and spend lots of money on an expensive gaming PC with the latest graphics card, capture card and streaming software; which, if you’re just starting out, you really don’t need; there are a few pieces of simple research you need to do first.

Becoming a Twitch streamer should be seen as similar to starting your own business. You wouldn’t dive into that without a proper business plan and strategy in place first would you? The most important place to start is choosing your Twitch name and setting up your profile. If all goes well, your profile and content is what will help you become a Twitch Affiliate or even a Twitch Partner. That, in turn, opens the doors to several other monetization opportunities.

There are a few important things to remember when setting up your profile:

Below we have put together a list of a few tips to help you get started on Twitch and become a full-time streamer in no time!

How to become a Twitch streamer: 7 Tips For Starting A Twitch Channel 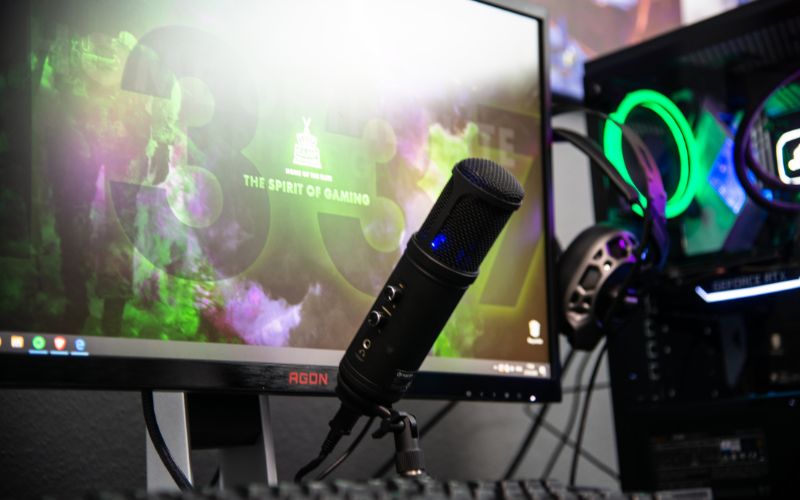 Tip 1. Get some good kit, especially a microphone

As we said earlier, you don’t need to purchase the top-of-the-line gaming PC to make it big on Twitch. You should be able to run and play games on the latest consoles or a standard PC with the basic gear as long as you invest in a good microphone and webcam. Even if you’re on a tight budget, it’s important to have a decent microphone and webcam. It will help the viewing quality of your streams for the audience and make them more likely to stick around. No one likes to listen to someone who sounds like they are underwater!

Tip 2. Choose a game to specialise in

When you have just started streaming, you should find your gaming niche and stick to it. That way, you can build up a following around that game. If you try and become a variety streamer when you’re quite small, you’re more likely to see drops in viewers. That’s because once you switch titles, viewers could go to somebody else to carry on watching their favorite game. It also makes it more difficult for your audience to know what to expect from you.

Once you get a little bigger and your audience gets to know you more, viewers may be more likely to stick around. It’s easy for people to leave as you switch games or chat. However, loyal watchers will stick around as they’re watching you for your personality, not just the game you’re playing. 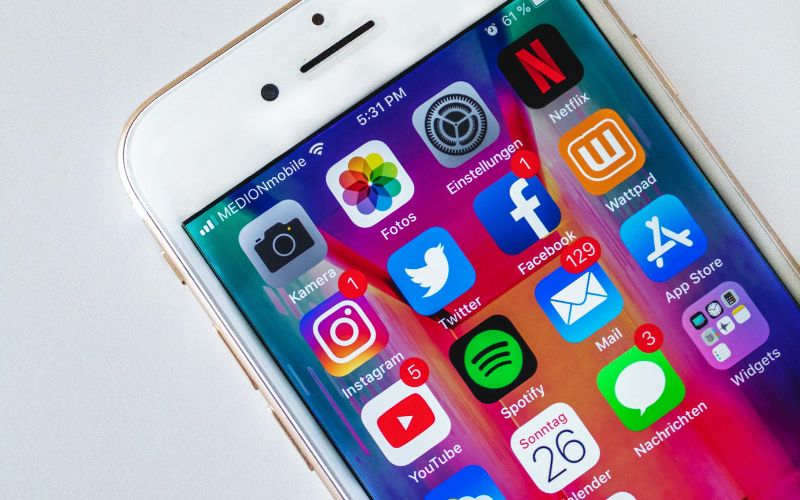 Social media is a part of everyday life and your potential audience is probably using it right now. Promoting your channel and the fact you’re live could mean people stop by to check in on what you’re doing. Get a few close friends to also come into the channel and hang around. It might be a bit awkward to ask your friends but it’s not just for vanity! There’s good reason to get a few guaranteed viewers… Once you have 5-10 viewers (depending on what game you play) it puts you on the Twitch category page for others to find you!

Promoting yourself on other social media platforms is also a great way to interact with your audience on a more personal level while also providing you with further opportunities to monetize your content. Use our social salaries calculator to work out what following you’d need to earn the wage you’re looking for to make the jump to becoming a Twitch streamer.

Tip 4. Collaborate with other streamers

Collaborating is always great, but collaborating with other streamers is especially great if you have a small audience. It will allow other viewers from different streamers to find you. In turn, this will boost your viewer totals and expose you to potential new followers. At the end of each stream, you can also host each other; so after you’re done with your live stream you can send all your viewers to a different streamer and help their viewing figures too. If you continually do this, you’ll likely find other twitch streamers supporting you too and sending their audience your way. It’s a win-win!

Some popular streamers have recently been subjected to DMCA takedown notices which have seen their content removed from Twitch. There are several basic Twitch music rules that you need to follow, but the most important one is that creators only share content for which they have the necessary rights. At Lickd we provide music licenses for Twitch and other social media platforms that allow you to use DMCA music on stream, including music from artists you love, making your stream stand out from the crowd.

Tip 6. Get to know your followers and build your community

Your audience can interact with you live in chat and through donations/subscriptions so make sure that you respond to comments and questions as much as you can. When you’re smaller it should be easier for you to remember information about your viewers. (As there will be fewer of them to remember personal information about). So, make sure to create that personal connection and ask them tailored questions. Coming across as genuinely interested in your audience will make people more likely to become loyal to you. That means they’ll stay, watch and come back to your streams over and over again.

Tip 7. Stick To A Schedule

If you follow many successful streamers, you’ll notice that everyone follows a schedule of some time. Most streamers play every day, while others will only play on particular days to work around their schedules. To keep your audience up to date with your streaming schedule post the dates and times in your channel description or on social media to make sure people don’t miss out.

“One of the biggest things that separate successful streamers from those who never get off the ground is how you view your stream. Successful streamers treat their stream like a business. They do niche and audience research, figure out what people want to watch, and provide unique value to the market. The odds aren’t in your favor if you start a stream without this level of commitment.”

Stream for a Living (a community of gamers, full-time content creators, and streamers.)

How much do Twitch streamers make? 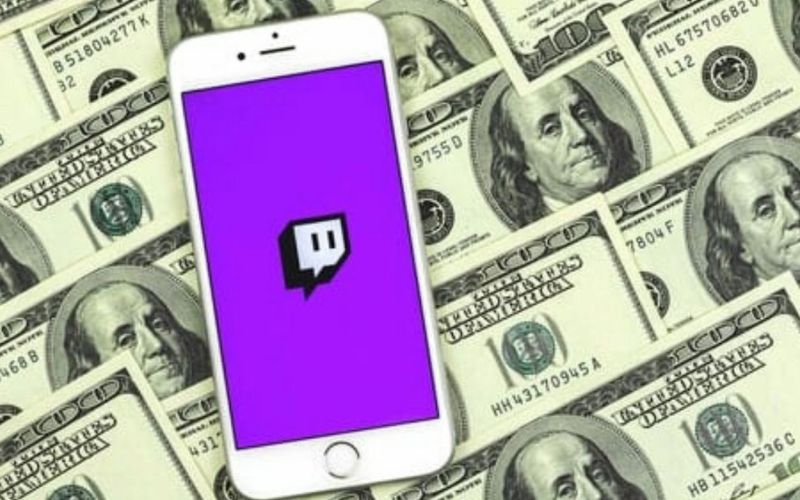 To get access to the ability to have subscription tiers, however, you need to be invited by Twitch to be a part of their affiliate program which has the following entry requirements: at least 50 followers; at least 500 total minutes broadcast; 7 unique broadcast days; and an average of 3 or more concurrent viewers.

How much money does a beginner Twitch streamer make?

Starting out, not much. However, it can be increased and snowball with several factors such as donations, subscriptions and sponsorships. Some part-time streamers can earn $2,000 or more per month while others may earn $200–300 per month simply through donations.

The varying amount is purely down to how generous your audience is.

How much does a Twitch streamer make per 100 subs?

With the above knowledge, it’s pretty easy to work out how much you could make with 100 subscribers on Twitch. If all of your subscribers sign up with a tier 1 subscription at $4.99: times that by 100, then divide the total by 2 (to account for Twitch’s 50% cut). This leaves you with a minimum of $249.50 per 100 subscribers. This obviously will go up if your audience subscribes with the higher subscription tiers. However, it should at least give you a rough idea of how much you can make with base numbers.

Is becoming a Twitch streamer worth it?

If you’re playing video games regardless, Twitch streaming could definitely be worth it. It could provide you with a secondary form of income from doing something you love! If you’re looking to turn it into your full-time job, you will need to have the same dedication and commitment you would need if you were starting a new business. You’ll need to push through even when times are rough with a handful of viewers. People start streaming on Twitch for a variety of reasons; making money is one of them, but whether it is worth it is up to you!

Now you know all about how to become a Twitch streamer! But, who is Lickd?

Lickd gives you access to the biggest tracks from the best artists at low prices. This means you can supercharge your content with the latest chart-toppers without having to worry about breaching copyright or paying a big bill. Plus, if you sign up today, you get 25% off your first track!

Get better music for your videos here!