How to edit audio in Adobe Premiere – 5 top tips

Nothing can ruin a video faster than bad audio. You might have pristine 8K footage of the most beautiful natural wonders you can think of, but with lackluster audio, it might as well be a 320 x 240 shot of a trash fire. Not convinced? Pay attention to the audio the next time you watch a video from your favorite creator. Trust me when I say, it makes all the difference. The good news is, if you’re thinking about audio quality in your videos, you’re already a step ahead of plenty of other creators. Now that you know this is something to really focus on, let’s take a look at how to edit audio in Adobe Premiere to make the most out of this unseen but crucial element.

1. You’ve got rhythm but does your video?

Not every aspect of every video needs to take cues from music videos, but it won’t hurt to think about them. One of the key aspects that gives music videos, movie trailers, and other short but punchy videos the impact they do is cutting on the beat. Fortunately, this is easy to do in Adobe Premiere.

First you’ll want to make sure you have your music track picked out and in your timeline. Then hit play and tap along to the beat on the M key, which performs the Insert Mark command. Now, when you insert footage, these marks will help you stick to the rhythm of the music.

If you prefer not to work in real-time, just zoom in on the waveform of your music track. Hit the M key to insert marks wherever the peaks are the largest and you’ll stick to the beat like a magnet.

You don’t want your video to slap your viewers in the face with a sudden blast of music. This is why you’ve got the handy fade-in and fade-out transitions in Adobe Premiere. To edit the audio simply drag the crossfade transition on to your clip in the timeline, then select which type of transition you prefer.

There are three options for audio crossfade transitions: Constant Gain, Constant Power, and Exponential Fade. Exponential works best when you want a quick fade in or out, and it usually works best for fadeouts. You also won’t find this one in Premiere Elements.

3. Think in audio, edit in audio with Adobe Premiere

For most videos, the visuals are the primary draw, but this isn’t always the case. Cast your mind over some of the most iconic movie scenes of all time; the lift scene in Dirty Dancing, the Harry Potter soundtrack, the Gladiator score, the list of movies that just wouldn’t be the same without music goes on and on. For some truly stellar storytelling you might want to change the way you look at your video. Literally.

While the timeline usually displays time in frames, that’s not your only option. You can set the ruler to display audio time units instead, at least in Adobe’s video editor. To do this, click the hamburger menu (three stacked lines) in the timeline, then choose Show Audio Time Units.

Now you’ll be able to keep an eye on your audio just as easily as your video. Cue some seriously tight content.

4. Make sure your music is actually good

Picking the right music for your video can be tough, but this is an area where you don’t want to skimp. That means don’t use the song your friend’s brother made, no matter how good he swears it is. If the song was actually that good, he wouldn’t be offering it for free.

That’s where Lickd comes in. If you don’t want to spend weeks looking for the perfect audio, Lickd has already done that hard work for you. Even better, the music you’ll find is stock music for YouTube, which means no worrying about claims against your video.

You’ll even find songs you recognize, which is perfect if you’re aiming to recreate a scene from a movie or you already have the perfect music in your head and know that nothing else will do. Lickd is made for creators like you, so it’s all super easy to use. Plus, if you sign up now, you get 25% off your first track!

Get better music with 25% off

5. Master your mastering in Adobe Premiere

Audio mastering can mean a lot of different things, but basically, it’s a finalizing process that takes a song and makes it sound like what you’ve come to expect music to sound like. This is where it gets the polish that makes a hit sound like a hit, but it also brings songs up to roughly the same volume as other songs.

This is something you’ll need to do for your videos as well. Fortunately, Adobe Premiere Pro CC makes this easy with its Mastering effect, which automates this. Just pull open the Effects pane and under the Audio Effects section, drag the Mastering effect on to the audio track you want to give that polished effect to. If you’re getting your music from Lickd, it’s already mastered, but you might need to master other audio tracks.

You may even want to create a master sequence so you can apply this mastering effect to the entire video, but this will depend on your Premiere Pro workflow.

There you have it, five top tips to make sure your audio is just as good as your video. To learn more pro tips, check out the Lickd audio editing tutorial channel. Videos from YouTube video experts are released weekly so make sure you subscribe to stay up to date with all the latest and greatest tips and tricks.

For more info on how to boost the performance of your videos through top-notch audio, check out our article on how to increase YouTube engagement with music.

Or find plenty more articles to help you on our blog! 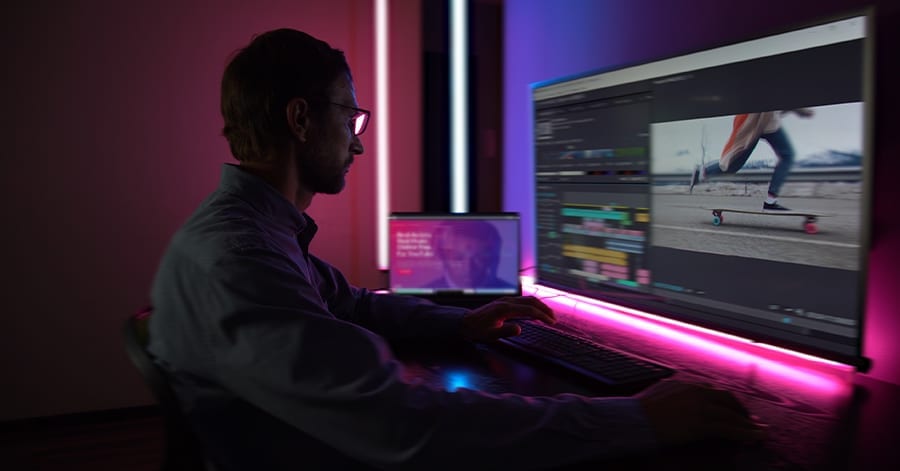 How to successfully remove background noise from audio

There’s nothing worse than nailing the perfect recording, only to play it back and realize… 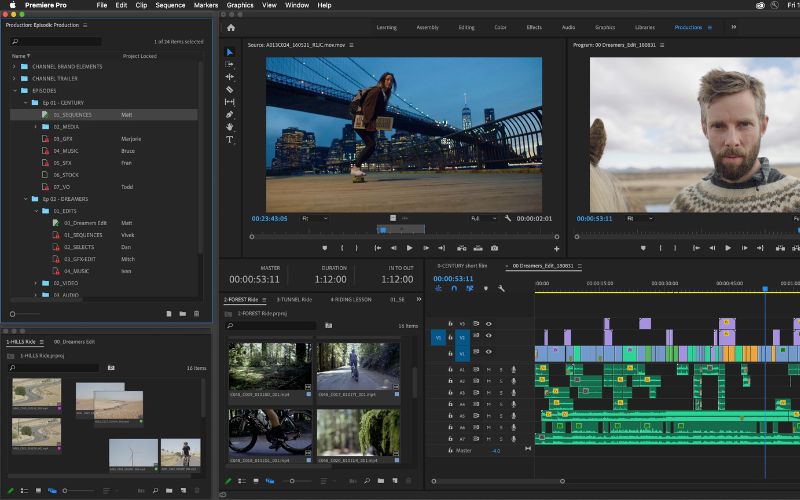 Nothing will get people clicking away from your video faster than bad audio. That's why…