October marks the start of Black History Month in the UK and though at Lickd HQ we might argue that every month should be Black History Month, the event serves as a useful reminder to keep educating yourself (and your subscribers) on black history and its importance in understanding society today.

If you are making content to celebrate Black History Month, don’t settle for anything less than a legally licensed soundtrack from black artists. The black experience has been and continues to be the driving force behind so many genres and legendary tracks, so scroll down to check out some black artists worth shouting about.

What is Black History Month? 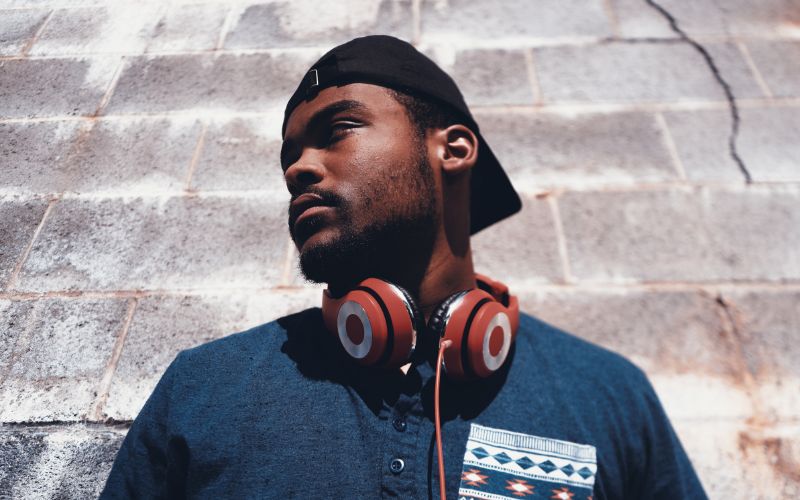 Black History Month is a time to learn about and understand black history and celebrate the outstanding contributions black people have made to all areas of society.

Why is Black History Month important?

Throughout history, black people have been systemically oppressed by European and American governments. Because of this, black history has not been taught properly in schools and whole generations are ignorant of the realities of the past.

Black History Month shines a much-needed light on the many positive contributions black people have made to society, correcting the negative portrayal of black communities that has plagued the Western world for decades. 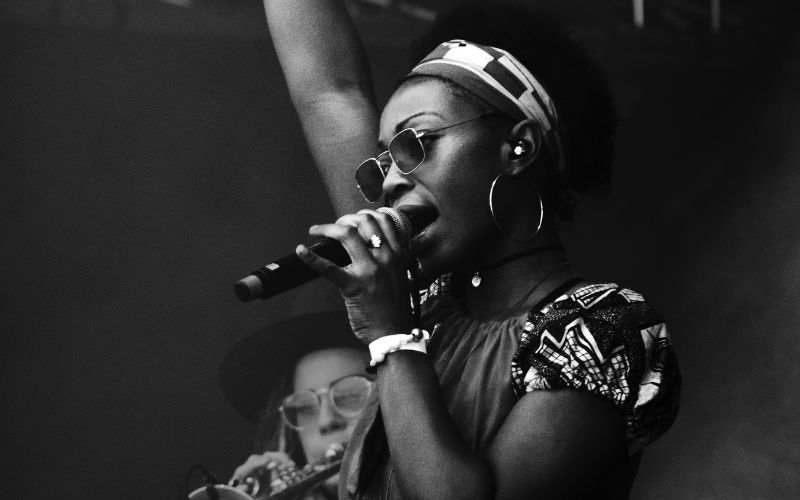 Most of the genres of music that we know and love today have their roots in black communities. From hip-hop to house, reggae to R&B, soul to rock and roll, people of African and Caribbean descent have contributed a plethora of genres to the music scene.

In fact, Lickd search data shows that US hip-hop is the most searched-for genre on the platform. While there are some great hip-hop artists in the playlist below, keep checking back for new drops as we’ve got a huge number of popular tracks coming soon…

WARNING: the content coming up contains potentially distressing stories, including that of murder and racial injustice. These stories deserve to be told straight, to support education around black history and honor the memory of those involved. However, reader discretion is advised.

Listen and license: SAD! by XXXTENTACION 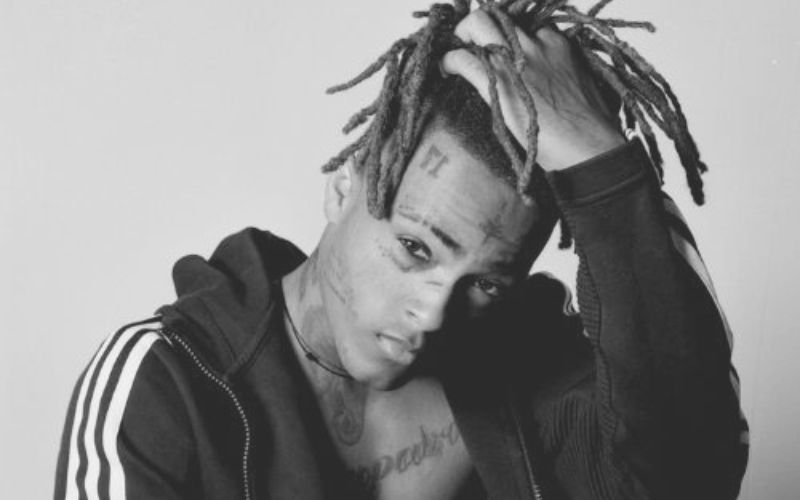 With over a billion Spotify streams, SAD! is one of XXXTENTACION’s most popular tracks. The Broward County artist bends and breaks genre barriers, stirring together a brew of rap, R&B, punk rock, and metal that snaps without warning from moments of emotional crooning to cathartic screams. Unfortunately, the music we have from him is all we’ll ever get as he was brutally murdered by gunmen who ambushed him in his car.

Listen and license: Black by Dave 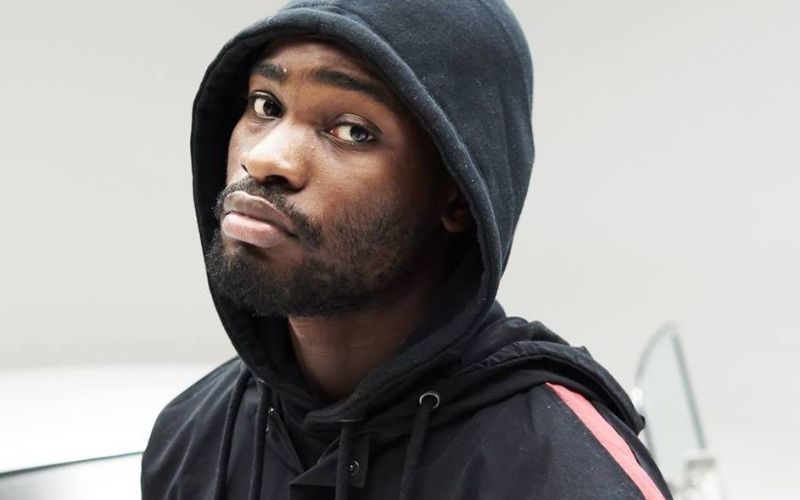 Santan Dave, also known as just Dave, is a British rapper, singer, songwriter and producer. Alongside his many hits, he has also won no less than 4 (!!) Ivor Novello awards, including most recently “Songwriter of the year” in 2022.

His song ‘Black’ is a cleverly written, heartbreaking song about racial injustice and social inequality that represents many. Its beautifully simple piano backing gives Dave’s words even more impact. His performance of it live at the BRITs 2020 got almost 10 million views on YouTube and we hope that number only continues to grow as more people watch (and rewatch) this stunning rendition of such a powerful song.

Listen and license: Grateful by Mahalia 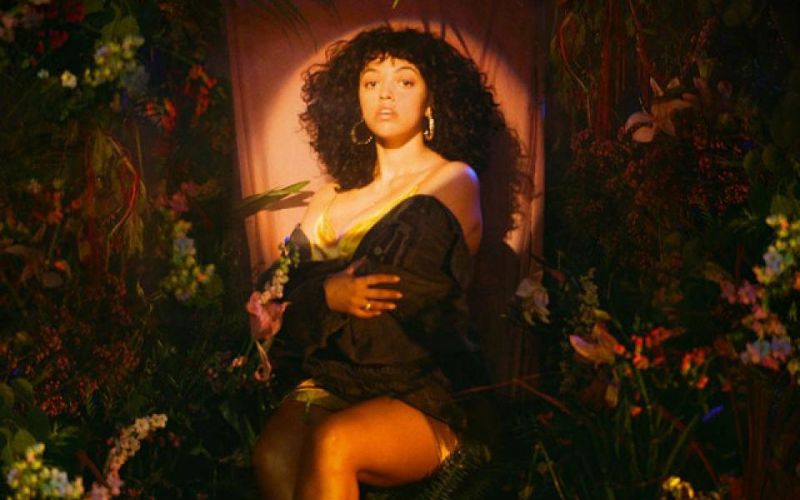 Mahalia is an alt-R&B/soul artist with a beautiful voice and an incredible personality. The singer and songwriter made her debut in her early teens by which point she had already attracted major-label interest. Now, she has over 3 million monthly listeners on Spotify and has collaborated with some big names, including Rudimental, Little Simz, AJ Tracey, and Kojey Radical. In a YouTube interview when asked about her struggles growing up being mixed race, the singer said “The way I go through life is if you want to come for my personality or tell me you don’t like me as a person that’s fine, but when you come for something that I can’t change then I’ve got nothing to say to you.” She’s also talked about her struggles of being “too black” in a white community, but when she moved somewhere with more black representation, she was called “white girl”. 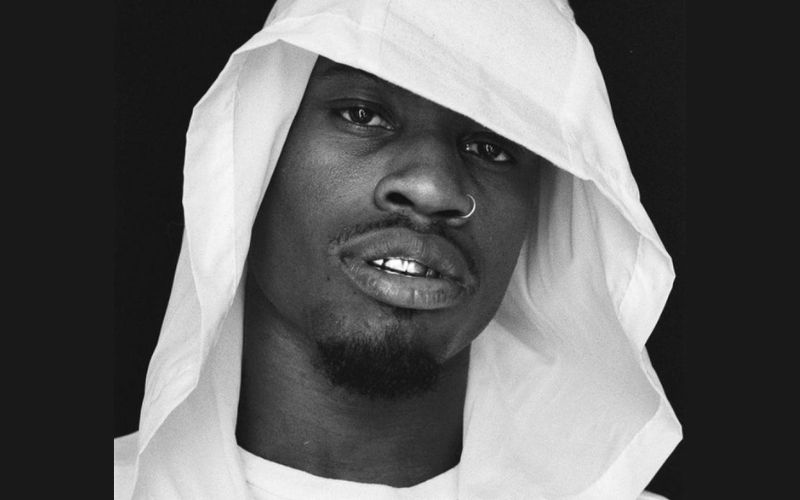 Denzel Curry is an American rapper and singer who started rapping and making music from a young age. Catastrophically, in 2014, Denzel’s brother Treon Johnson was killed after sustaining fatal injuries when police officers used a taser and pepper spray against him.

After the deaths of George Floyd, Ahmaud Arbery, and Breonna Taylor, Denzel Curry spoke out about racial injustice in a powerful statement on Twitter:

After looking at most of your comments in my last few posts about the current situation happening in the U.S.A. it seems a lot of you are Extremely insensitive, Extremely Ignorant, and most likely come from places where you don’t… 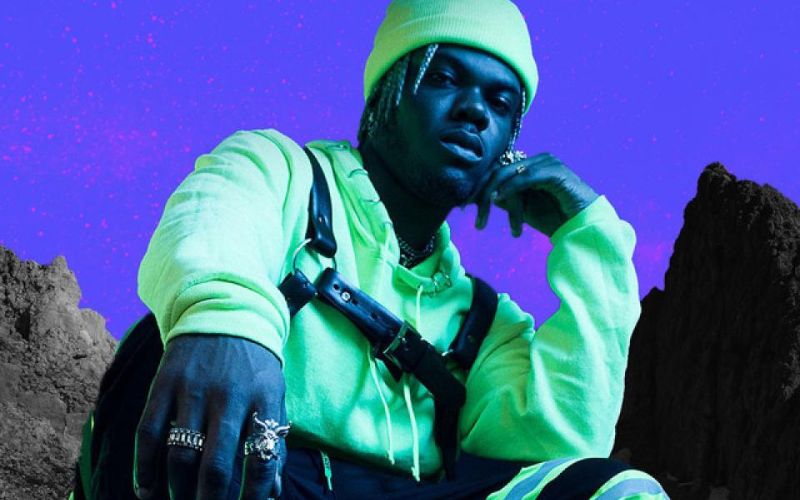 Ckay (pronounced C-Kay) is a Nigerian singer-songwriter and producer signed to Warner Music South Africa and Atlantic Records. His sound is a beautiful fusion of afrobeats, R&B, and pop that’s incredibly catchy.

His most famous track, the one that actually catapulted him into stardom, is ‘Love Nwantiti’ – an infectious track that went viral on TikTok and was used in over 2.9 million TikTok videos. We can’t wait to see what else this fast-rising star comes out with and how he can pump more afrobeat flavor into the mainstream.

Listen and license Took Her To The O by King Von 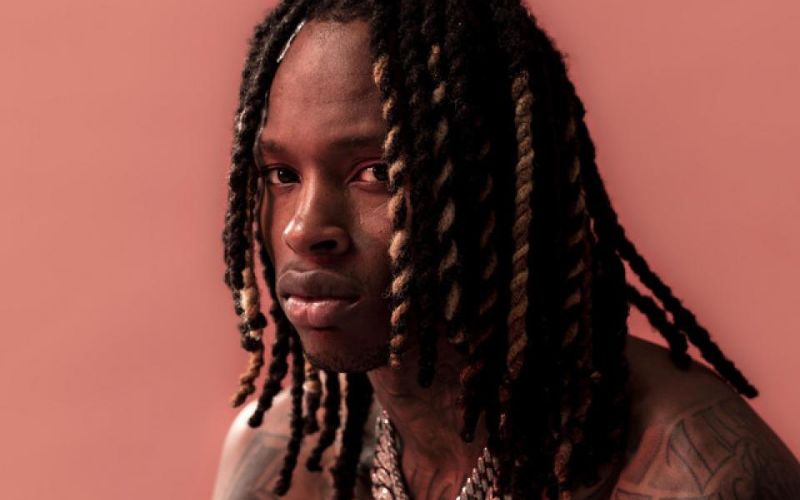 King Von, whose real name is Dayvon Daquan Bennett, was an American rapper and led a very troubled life. He only started rapping in 2018 after he avoided charges in the murder case of a 17-year-old girl who herself killed more than 12 people. See, Von was from Parkway Gardens, also known as “O’Block”, the most dangerous neighborhood in Chicago. This is what he’s referencing in his hit song “Took her to the O”.

Thanks to his skyrocketing music career, he got away from “O’Block” and moved to Atlanta in 2020. However, it was here that on November 6, 2020 King Von died after he was shot multiple times in a fight between his crew and another. 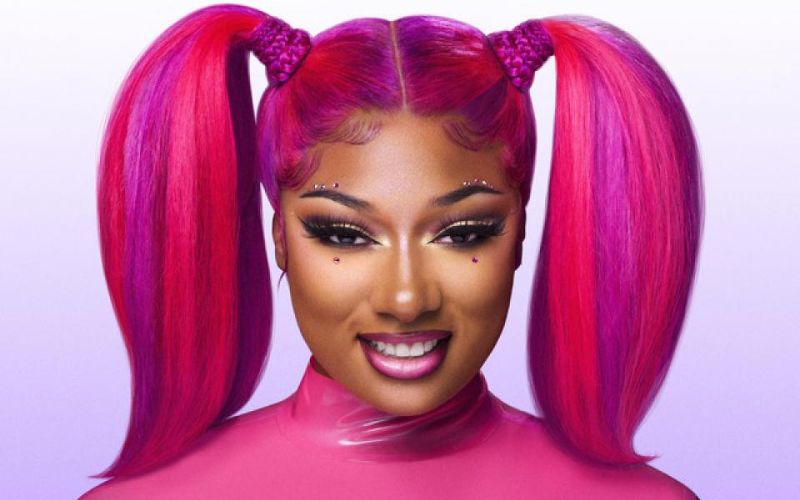 Megan Thee Stallion is an American rapper who first found fame on social media and since then has released hit after hit. All have done exceptionally well on social media platforms and even started trends on TikTok! Most famously of which, the dance challenge to her hit song ‘Savage’ got the track used in over 15 million videos. Now, she’s one of the biggest female rappers around, with 5 top 10 billboard releases already since her career skyrocketed in 2020.

In late 2020, Megan wrote an article for the NY Times in which she talks about racial inequality and protecting black women. “It’s ridiculous that some people think the simple phrase “Protect Black women” is controversial. We deserve to be protected as human beings. And we are entitled to our anger about a laundry list of mistreatment and neglect that we suffer.” Read the full article here.

Listen and license: I NEED YOU by Jon Bastiste 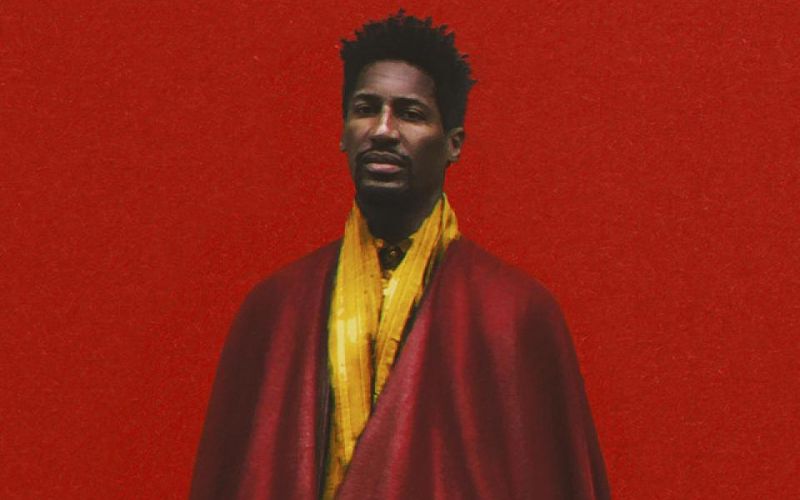 Grammy award winner Jon Baptiste is a singer, songwriter and musician who you may recognise from his many years on TV as bandleader for The Late Show. His music is a thrilling combination of Jazz, soul, gospel and R&B. Aside from being a Grammy award winner, he’s also an Academy Award winner for composition, and is only the second black composer in history to receive this.

Watch this video of Jon Batiste speaking out about racial injustice on The Late Show, with the help of some friends and a good sprinkle of comedy:

Listen and license All Night by Big Boi 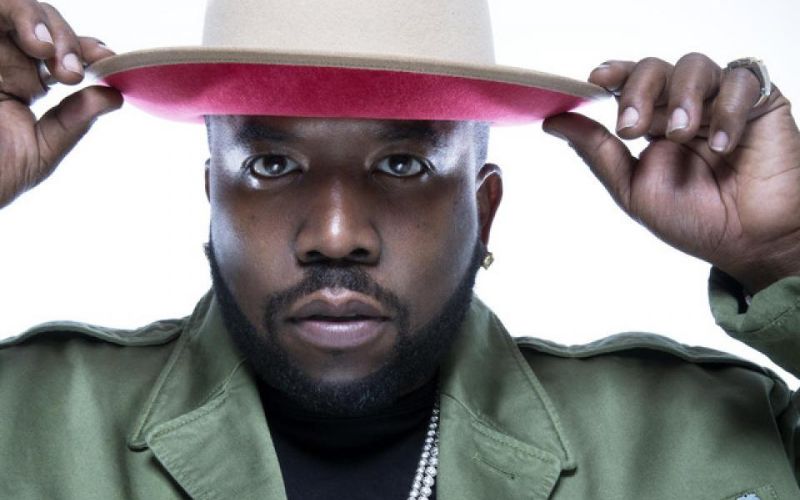 Antwan André Patto, better known as Big Boi, is an American rapper, songwriter and producer. He’s most famous for being one half of the iconic Hip-Hop duo ‘Outkast’ – together with André 3000. In an interview with CNN in 2017, Antwan spoke out about the shooting of 25-year-old black man Philando Castile by Minnesota police: “We’re seeing the videos, we’re seeing these people being murdered in cold blood like with Philando Castile. I don’t want to say what NWA said,” (by which he’s referring NWA’s legendary “F— the Police,” a song about police brutality against black people) “But the police are not playing by the rules”. 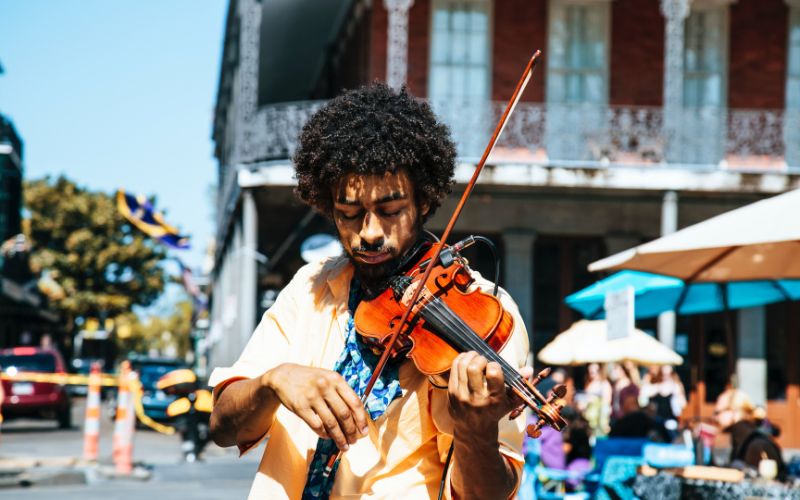 Check out the full Black History Month playlist including more amazing artists like Lizzo, Lianne La Havas, Sean Paul, Aaliyah, Pink Sweat$, Ronnie Spector, and Kojey Radical. And if you’re looking to license a track for your next video, think about using a song from the playlist to show these artists some more support.

If you want to learn more about black history, here are some great resources to start with:

R.I.P. XXXTentacion, Same Cooke, Treon Johnson, King Von, and every other person of color who has ever left this life too soon due to racial injustice.