Welcome to this roundup where we’ll be celebrating some of the best Latino creators that you could draw inspiration from! Yes, it’s Latino Heritage Month so we’re shining a spotlight on our favorite Latino creators, big and small. BUT supporting the Latino community is not just for 15th September – 15th October. These creators are incredible and you should start following them now to enjoy their videos and support them all year round.

The first creator on our list is Germán, a gaming/comedy YouTuber from Chile who also happens to be a singer-songwriter. His gaming YouTube channel JuegaGerman has 45.6 million subscribers, making it the third biggest Spanish-language YouTube channel! His videos feature a few games such as Minecraft, and ‘The Last of Us’ but most of his videos by far are around Roblox.

Aside from JuegaGerman, he has another YouTube channel called HolaSoyGerman which is actually where he first found fame. The channel features funny videos about common everyday situations and has 43.3 million subscribers, although sadly he hasn’t uploaded there in a while.

Of course, as music fans, we have to share some of his tunes – which you can listen to on his YouTube channel, German.

You may recognize Lejuan from the good ol’ days of Vine, where he became internet famous. His name is a clever parody of Lebron James so you can already tell that this man is a comedic genius. His hilarious videos feature typical Latino stereotypes relatable to many and that’s gained him a lovely 3.3 million followers on Facebook, plus another 2.6 million on Instagram.

He even has a book, #DefinitelyHispanic which tells the story of his childhood, growing up in a Hispanic family. “Representing for all Latinos” according to his Instagram bio, Lejaun has won our hearts.

Bethany Mota is a Mexican/Portuguese creator with almost 10 million subscribers on YouTube. You may recognize her by her original channel name, MacBarbie07. Bethany’s channel mainly focuses on DIY videos, GRWM/routine videos and vlogs, but she covers a whole lot more such as cooking, outfit ideas, hair and makeup tutorials.

She took a bit of a hiatus a few years ago but is now back with more killer content and some updated GRWM videos!

Salice is an LGBTQ+ Peruvian/American creator. She started out on YouTube but is much more well-known these days on Instagram and TikTok where she has a massive 15 million and 19 million followers respectively. According to her YouTube bio, she’s an “entrepreneur and philanthropist who is passionate about connecting with her fanbase and evoking change. Salice shares stories about being a former troubled teen, being kicked out of school, and turning her life around to becoming a successful businesswoman.” Keep up the inspiring work Salice!

Although you may not recognize this name, you’ll probably recognize Devon’s work from TikTok, where he has 27.7 million followers. His videos, at least the ones that garnered him this following, show Devon drawing portraits of fellow passengers on the New York subway. Watch the video above to see some of his work! More recently he also made a drawing of MrBeast and gave it to the superstar creator when he met him recently (see the video here).

Regarding representing Latinos, Devon told Complex “I’m always happy to represent Latinos and inspire my people, and I know my whole family will be proud of me for doing this. I grew up in the Bronx. My whole neighborhood is mostly Puerto Rican, it’s all Latino.”

Jenny Lorenzo is a Cuban YouTuber who’s most known for portraying typical Latino characters that most will recognize, relate to, and likely find hilarious. One of her most well-known characters is ‘Abuela’ who I’m sure you can already imagine what she’s like! With 216,000 subscribers on her YouTube channel, Jenny is one of the smaller YouTubers on this list but by no means less worthy of subscribing to. In fact, we urge you to go over there now and hit that big red subscribe button!

Eleonora Pons Maronese, better known as Lele Pons is a Venuzuelan-American influencer, YouTuber, singer, presenter, actress and more. Her YouTube channel focuses on skits, parodies and creator challenges, which are a huge hit thanks to her great sense of humor. The wonderful video quality doesn’t hurt either!

Lele has grown an impressive audience, with over 17 million subscribers on YouTube and almost 50 million followers on Instagram. As a music artist, she has almost 4 million monthly listeners on Spotify – with almost 370 million streams on her top song from Spotify and 407 million streams on the music video on YouTube! She was even named in the top 30 most influential people on the internet by Time in 2016, alongside the likes of Kanye West, J.K. Rowling and Donald Trump.

Tiffany Garcia, known by many as Cupquake (or iHasCupquake), is a YouTuber with almost 7 million subscribers. Her channel focuses on family life, baking tutorials and gaming videos but some of her most popular videos are actually animated shorts which you may have fond memories if you remember them from back in 2014. Watch one of her most popular animated shorts above, and then hit that subscribe button!

Camila Coelho is a Brazilian YouTuber, businesswoman, interior designer and fashion icon. She originally started her YouTube channel in 2010 to make makeup tutorials, however this expanded relatively quickly into fashion as well and she was even offered a modeling contract. Now, Camila has her own fashion brand, simply called Camila Coelho, and a clean beauty brand Elaluz. In more recent videos, Camila has focused her videos more on family life as she prepares to be a mother. Check out her Spanish-language channel here, and her English channel here.

María, a Venezuela YouTuber, has not one, not 2, but 3 different YouTube channels that total over 20 million subscribers. Her first channel, Mariale was originally named Makeup Apocalypse and focused on, you guessed it, makeup tutorials. However, over time her content changed and now includes more challenges, comparison videos, and testing hacks. Her other two channels are Mariale SinPatuque (which is Venezuelan slang for ‘Without makeup’) where she posts hauls and vlogs. And the third and final channel is her English-language channel called ‘Mar’ which showcases a mixture of the content above but mostly exposes hacks and shows María doing food challenges. In other words, there’s plenty of content to watch, no matter whether you’re looking for videos in Spanish or English.

Mariand is another well-seasoned YouTuber who you may already know, considering she started YouTube almost 14 years ago at the age of only 16. By the way, she’s now expecting a baby so that really does put time into perspective… Anyway, her channel then was ‘lady16makeup’ but it’s now called ‘Yuya’ which is also Mariand’s nickname. She was awarded YouTuber of the year in 2017 and her channel, which is still going now, has around 25 million subscribers. Check it out for wholesome chats and beauty tips!

Chinese-Ecuadorian Spencer X is a wildly talented beatboxer and this has gained him a decent following on both TikTok and YouTube. All of his videos are centered around beatboxing, but in a great mix of tutorials, challenges and music videos. His online following has helped him nab collaborations with major labels like Sony and huge artists such as Marshmello, Alicia Keys and Sean Kingston. Spencer shows the makings of a great creator and music artist, so watch this space!

Follow Jabiertzo and his partner Lele on their travels through China and learn all about the country’s food, culture, history and society. The inspiring and informative videos on Jabiertzo’s Spanish-language channel are a must-watch for anyone interested in Chinese culture or potentially moving to China.

Jabiertzo says in his channel bio: “I came to this country from Navarra with the intention of doing a doctoral thesis on the relationship between traditional values ​​and economic development, but over time I learned something much more valuable: that the study of our differences should not serve to separate us, but to join us.” What a beautiful sentiment to finish this list off on!

Latin music for your videos

If you’re a creator and would like to support the Latino community, or simply can’t get enough of Latino tunes that make your hips shake, then you’ve come to the right place.

Check out this playlist of Latin tunes that you can use in your videos, including music from artists like KAROL G, Luis Miguel, Jay Wheeler, C-Kan and more. 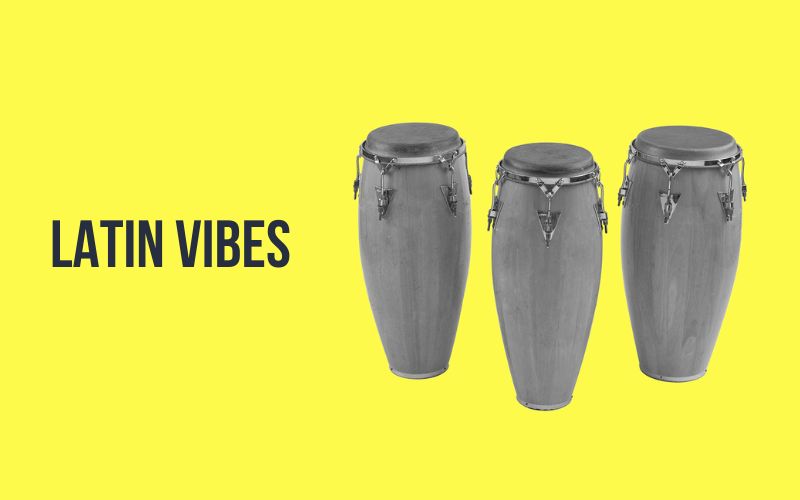 I bet you’re wondering why we’re talking about mainstream, copyrighted music rather than stock music? Well, at Lickd, we couldn’t stand hearing that creators weren’t able to use mainstream music without getting copyright claims.

So we made it our mission to change that.

Now, the three biggest record labels in the world have agreed to make their music available to creators through Lickd and our library contains over 1 million mainstream tracks, as well as stock music. Grow your channel and avoid copyright claims with better music, all within a few clicks!

Get free stock music for 14 days and 25% off your first mainstream track if you sign up now.

Get better music for your videos 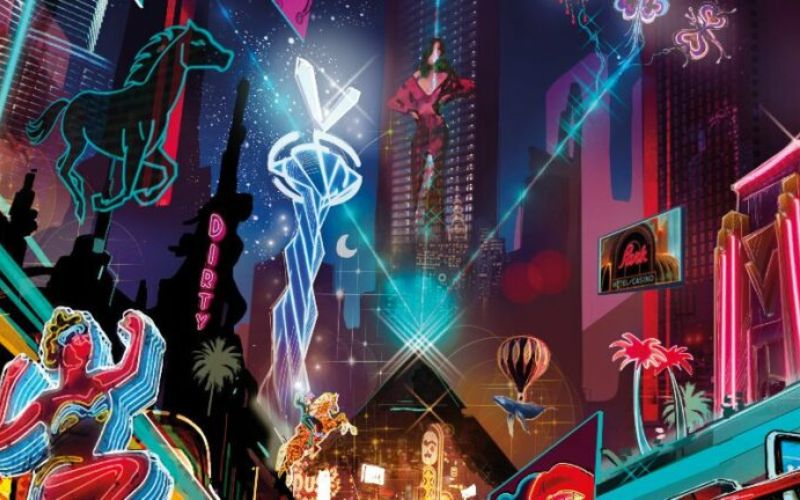