How to add an intro to a YouTube video

You know the short clip at the beginning of a YouTube video that introduces the creator with some cool music?

This is a 5 – 12 second clip that captures the viewers’ attention and gives them a bit of an insight into what they can expect from your content. They’re also a great way to stand out from the crowd and showcase your creativity.

Basically, a YouTube intro can be seen as your channel’s visual signature. Check out this video intro from The Try Guys:

It’s important to note that a YouTube intro is different to your video thumbnail. A thumbnail is an image you see when searching for videos, whereas the intro is a clip that plays at the start of the video.

How to add an intro video clip to a YouTube video

To create and add an intro to a YouTube video, you’ll need to use video editing software as well as some design software, like Final Cut Pro or Adobe Creative Cloud.

The method will vary according to your software, but the general concept is the same across the board.

First, you’ll want to create your eye-catching video intro. We’ll go into what makes a great intro later, but for now these are the basics you need to include:

This should all be packaged in a video clip that’s under 15 seconds. In this case, shorter is better!

There are several video templates available for YouTube video intro clips, and this is arguably the easiest way to create an intro. Using templates, you can very quickly create an intro that can be tweaked to feature your branding. The finished product can be added to each of your YouTube videos using your usual video editing software.

If you’re more artsy or have more time on your hands, then you may prefer the creative freedom that comes with using a separate design tool and video editing software. You can create a background with all the elements you need in something like Photoshop or even Canva, and then bring them to life in your video editing software.

When it comes to music, it’s a good idea to make use of a platform like Lickd – this way you’ll have access to the biggest stock music library out there and the option to license over 1 million mainstream songs. Imagine how impactful it would be to have Megan Thee Stallion or Dua Lipa playing at the start of your videos!

Just bear in mind that if you want to use mainstream music in your intro, you’ll need to license it each time you use it, due to the way copyrighted music licenses work. Stock music can be used an unlimited number of times, as long as your subscription is active, so no worries there!

Try Lickd out now and get 14 days of free unlimited stock music, as well as 25% off your first mainstream track.

Get better music for your videos here 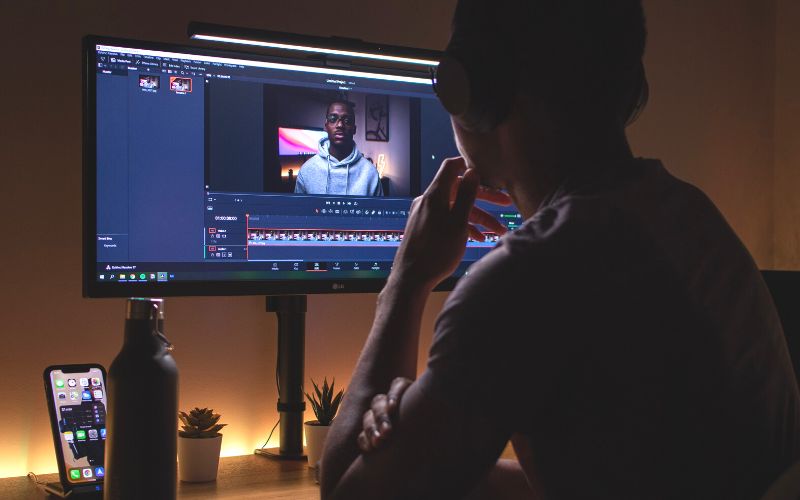 Once you’ve created your intro, make sure you always have it to hand as a video file. This way, you can easily combine it with your main video using your video editor. Simply drag and drop the intro video into whatever video you’re working on and place it at the beginning of the timeline. If you don’t have video editing software, you can use an online video editor like InVideo to create your final product.

Once you’re happy with your video, you can hit the export button as usual and your intro will be included at the start.

Now, all you need to do is upload it to YouTube!

Can I add an intro to a video using YouTube?

Although YouTube did allow some editing in YouTube Studio at one point, this is no longer the case. Creators now need to source their own video editing software to work on their content.

What makes a good intro video?

When adding an intro to YouTube videos, you want to ensure that it will grab viewers’ attention and encourage them to keep watching the video. 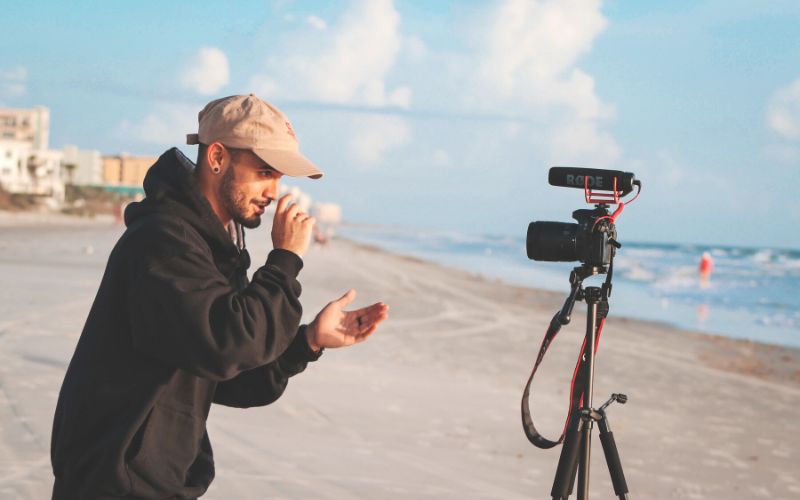 A good intro clip for a YouTube video is short and to the point. The clip shouldn’t be more than 15 seconds as longer intros tend to lose the viewer’s attention.

Adding some music will also make a big impact on quality. A catchy tune that people look forward to hearing every time they watch one of your videos will be a lot more effective than a bland stock track that viewers will forget in 5 seconds.

Finding the perfect song can be tough, but a subscription from Lickd can make it a whole lot easier. From stock music to mainstream hits, you’ll easily find just what you’re looking for.

Last but certainly not least, one of the most important elements of an intro video is your branding. One of the main reasons creators add intros to their videos is to promote their brand and their channel, so this is one thing you need to make sure stands out when creating your intro.

And, don’t forget to remind viewers to hit subscribe! You don’t even need to say anything for this, a simple animation of clicking a subscribe button should do the trick. 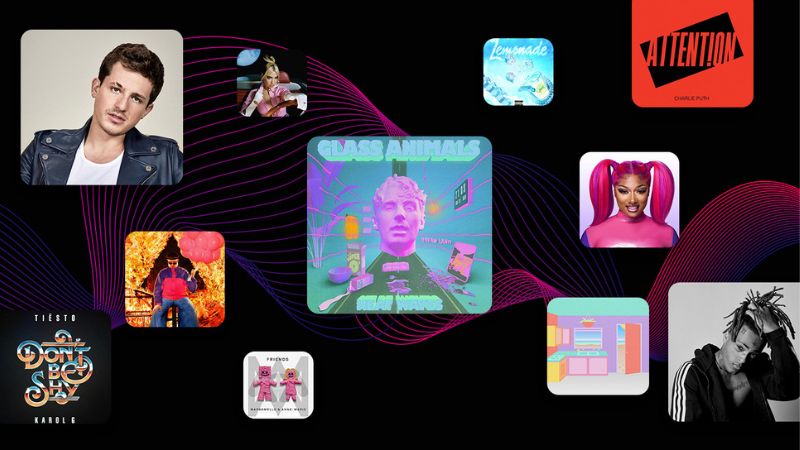 To add a bit of oomph to your YouTube intro, try Lickd. From Charlie Puth to Sia and Megan Thee Stallion to XXXTentacion, there’s something for everyone. All without the risk of YouTube demonetization!

Or, opt for high-quality stock tracks that you can use an unlimited number of times. Whatever you choose, using Lickd is a quick and easy way to ramp up your videos, get the viewers rolling in and grow your YouTube channel.

Get better music for your videos here

Can you add an intro video to existing uploaded videos?

The only way to add an intro to existing uploaded videos is to re-upload them. Unfortunately, YouTube doesn’t have a way to edit the video content of already published videos.

To add an intro to your existing uploaded videos, you’ll need to find the original files, open them in your editor, and then follow the steps above to add the intro to the video. You will then need to re-upload the video to YouTube.

If they’re already performing well, it is best to leave your published videos online and just add your intro to any future content.

The best YouTube intro would be short and sweet, with limited effects, and feature your branding. This will help ensure that your audience continues to watch the video past the intro.

Short filmed video clips have their place in the YouTube intro arena, but branding intros are most popular amongst YouTubers. Some of the best intros are only a few seconds long, are very simple, and have little music, opting for a catchy tune instead.

Should you choose to add music, it is essential to make sure that the audio is well balanced so that the music doesn’t drown out any other sounds and that it isn’t noticeably louder or softer than the rest of the video’s audio. 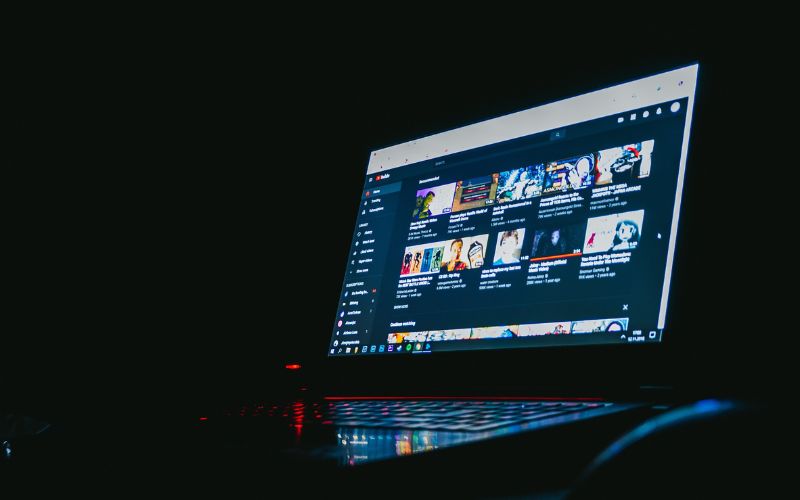 Every YouTube video must have a thumbnail, and knowing how to choose the right one,… 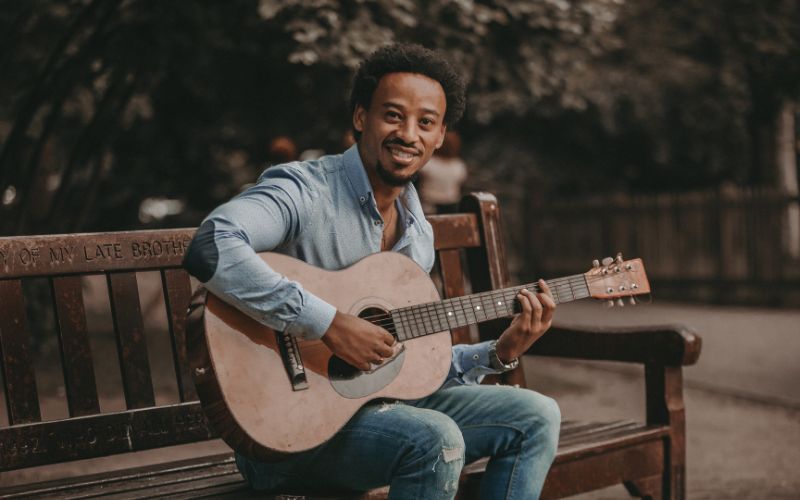